How to Hide an Empire 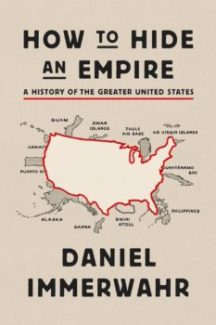 You probably think you know American history.  But what about history on the fringe?  What about the parts of America that don’t fit within the famously contiguous 48-state silhouette?  While most people don’t view them as ever having been part of the “real” United States, places as diverse as the Philippines, Puerto Rico and Bikini Atoll have played important roles in American history.  Presenting a remarkably refreshing take on the topic, historian Daniel Immerwahr digs deeply to unearth the pieces of America that have typically been overlooked and forgotten in How to Hide an Empire.

Using the term the Greater United States, the author starts at the very beginning when the United States was still hemmed in by the Appalachian Mountains.  Once that obstacle was breached, there was really no stopping continued expansion all the way to the Pacific, as pieces of various sizes were added to the country step by step. Eventually, even the ocean barrier was overcome as substantial properties were added, including Alaska, Hawaii and the Philippines.  The aftermath of World War II brought even more islands into the American orbit. 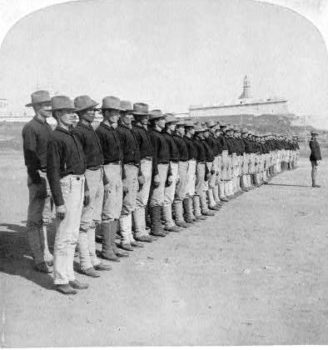 Native Puerto Ricans enlisting in the US Army in 1899.

Focusing on the parts of America that he feels have been most neglected, Immerwahr spends much of the book recounting the history of both the Philippines and Puerto Rico, vividly narrating the often violent upheavals that have played a part in the unique history of these islands.  But those substantial land masses aren’t the entire story as he also spends plenty of time examining some of the smaller places, even including the finer points of guano mining. 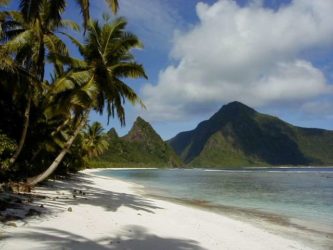 Throughout, the author makes the consistently compelling argument that any history of the US that neglects these stories is incomplete, as is any political system that neglects the people who live in these places.   He notes that just because Puerto Ricans, Guamanians and American Samoans don’t live in the contiguous 48 states, doesn’t mean they don’t view themselves as fully American.  In fact, there is no place in the Greater United States that has a higher rate of military enlistment than American Samoa.

Lastly, bringing the history of America’s empire into the present day, Immerwahr tells the story of three individuals who owe their fame (and infamy) to the American Empire.  The lives of John Lennon, Sony founder Masaru Ibuka and Osama bin Laden may not have had anything obvious in common, but the author manages to deftly draw parallels that only exist because of the US empire’s global ubiquity.

I do have to say, however, that I’m surprised the author – given his UC-Berkeley, Columbia and Northwestern pedigree – isn’t more critical of the United States’ current imperial status.  It’s not that there isn’t plenty to criticize, given the current count of approximately 800 known overseas military installations covering the globe.  But rather than comment on the extravagance and bloat, he merely mentions it in passing, using the number to prove that the US is indeed an empire but refraining from even token disparagement.  So in the end, I recommend that you read this for the history – because it is well done – not for the political commentary.

On the face of it, a 400 page history on the forgotten bits of the American Empire may not sound that interesting.  But it only took a few pages of Immerwahr’s consistently affable writing style and deft storytelling to draw me in.  Entertaining and engrossing, How to Hide an Empire presents a different perspective on American history that is sure to enlighten even the stodgiest history buff.  Highly recommended.