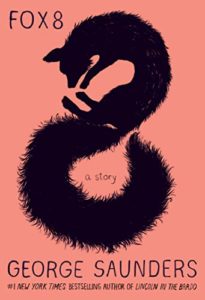 At first glance, Fox 8 is a cute little story told by an intrepid fox who does his best to slow down mankind’s inexorable destruction of wild places.  As the Fox View Commons mall is going up in his neighborhood – destroying a beautiful woodland in the process – Fox 8 and his conveniently numbered vulpine friends struggle to survive.   Fox 8 appears to be brighter than most – having learned to read and write English – and does his best to try and lead the way.  Award-winning novelist George Saunders takes it from there in this unique look at humanity’s place in the natural world.

Tragic and violent at times.  This really isn’t a kid’s book at all; it’s more a child-like story for adults.  It also might just be an excuse for Saunders to try and write English as a fox might.

As my recent reviews of other books like The Bees and Holy Cow suggest, it appears that I don’t like this kind of book.  That is, stories that are told from the perspective of animals.  I’m not really sure why, given that I’m a fan of almost every kind of nature book.  Maybe it’s not that different than when your favorite novel is made into a movie.  If you have a vivid vision of the main characters and the setting, it’s jarring when someone else’s vision intrudes so forcefully.  Moreover, I think it’s very difficult for humans to put themselves into the minds of other animals and when it’s done poorly or with little thought it comes across as cute at best or stupid at worst. 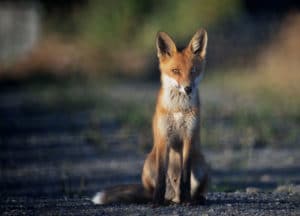 I’m probably being overly grumpy about the whole thing, but it seems to me that at some level using animals allegorically or more openly as instruments of propaganda is inherently disrespectful.  On a par with cultural appropriation.  I’m not saying that it can’t be done well, but I think that it requires a delicate touch that these books lack.  Maybe I need to read Watership Down again – it’s only been about forty years – and see if it generates these same kinds of feelings.

Now I don’t think that this small and entirely harmless story is necessarily worthy of much wrath, but I’m just trying to put my finger on why it annoys me.  Maybe Saunders is just trying to be clever and maintain his well-deserved status as a thoroughly odd writer.  In the end, while I wish with every bone in my body that humans could live their lives more compatibly with foxes, I simply found Fox 8 rather disappointing.

Dave liked Saunders’ acclaimed novel Lincoln in the Bardo much more than this book.   Check out his review here.