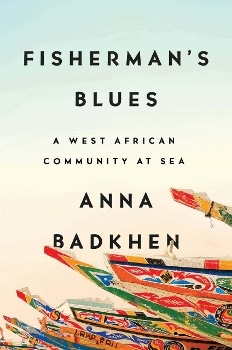 It sticks right out into the Atlantic Ocean.  Located on the westernmost edge of the African continent, just south of Dakar, Senegal, the small city of Joal is home to a community of indigenous fisherman who climb in their colorful pirogues every morning and travel many miles off shore, searching for schools of fish and hoping to feed their families and make enough money to get by until their next day at sea.  Russian investigator and author Anna Badkhen spent many months among these brave men and their families, assembling their stories into a uniquely thoughtful account called Fisherman’s Blues.  She eloquently captures a way of life which has become increasingly threatened due to overfishing and anthropogenic climate change.

I find it almost amusingly hard to pigeonhole this book.  Equal parts intensive immersion journalism, lyrical cultural anthropology and poignant conservation commentary, it’s remarkable in many ways.  Most notable is Badkhen’s willingness to fearlessly sail off into often dangerous waters, spending many days and nights at sea, scribbling in her notebooks and helping haul in the nets.  Her agile immersive instincts are frequently called upon as she is gradually drawn closer into lives of the many families who rely on fishing for their livelihood. 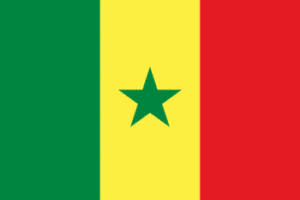 Often quite poetical, her writing captures much of the mythology and magic that surrounds this way of life.  From its daily dangers and increasing financial instability to its beauty and ancient legacy over the centuries, the book is a fitting tribute to the ingenuity, determination and generosity of a people who are increasingly inundated by global economic forces that are completely out of their control.  It’s also a distressing glimpse at ecological decline and the countless ways that humankind’s disregard for sustainability and intentional blindness to long term consequences is affecting the lives of real people.

Built on relationships, respect and a level of intrepidness that few can match, Fisherman’s Blues eloquently captures the hard life of Senegal’s fisherman.  Ingeniously conceived and beautifully written it’s a work that’s sure to resonate with anyone who enjoys immersive anthropology with a poetical and ecological bent.