Duel with the Devil 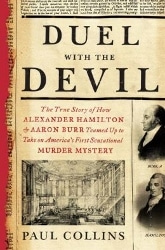 As colonial superstars go, they’re two of the big ones.  Aaron Burr – third vice president of the United States – and Alexander Hamilton – first secretary of the US Treasury.  Honored war heroes and esteemed statesmen both, their names are forever linked in history due to the duel that resulted in the death of the latter.   But just as the 18th century was ending, they were unlikely allies in what may have been the first sensational murder trial in American history.   A colonial true crime drama full of heroes, villains and sabotage, Duel with the Devil by Paul Collins is narrative non-fiction at its finest. 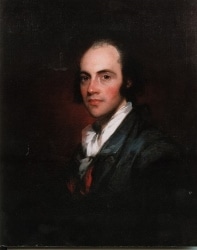 Having finished 1799 mourning the recent death of former president George Washington, the city of New York – most populous in the United States, occupying the very southern tip of Manhattan – was recovering from the New Year’s festivities when a young woman’s corpse was found floating in a well in the meadow north of town.  Public sentiment quickly galvanized to accuse Levi Weeks, a young carpenter and friend of the deceased.  Fortunately for the accused, his wealthy and influential brother was able to assemble a collection of powerhouse lawyers to defend him, comprising Burr, Hamilton and future US Supreme Court justice Brockholst Livingston. 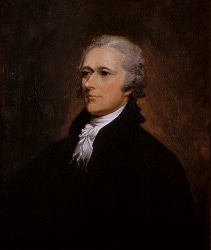 Despite their bitter political rivalries, the men teamed up to defend their client against public opinion and a legal system that didn’t take the rights of the accused very seriously.   Collins account of the dramatic trial of the century is chock full of strategy and suspense, like any riveting legal thriller.

While the true crime story is compelling on its own, Collins deftly includes a bevy of historical details to round out the story.   From yellow fever epidemics and early municipal plumbing technology to colonial holiday traditions and early American jurisprudence, the author provides a remarkable immersion into the birth of one of the great megacities.

As he shown in his previous work, Paul Collins is a thoroughly engaging storyteller.  His inclusion of all sorts of minutiae manages to convert often staid history into full-fledged entertainment.  Including two of colonial America’s most famous (or infamous) characters, Duel with the Devil is a light-hearted chronicle of the first in a long line of “trials of the century”.

Check out Dave’s reviews of other Paul Collins books:  The Murder of the Century   /   Edgar Allan Poe: The Fever Called Living