“Always look on the bright side of death.” 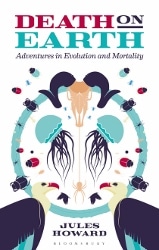 It may be the topic about which we obsess most.   Maybe even more than sex.  You don’t have to scratch too far below the surface to find references – both overt and covert – to death in much of the media that we consume every day.  As everyone knows, “if it bleeds it leads”.  Furthermore, the natural human inclination to fear our own mortality was undoubtedly the primary driving force behind the founding of all our major religions.  It may seem like a stupid question, but what are we so worried about?  Intrigued by humanity’s persistent fixation on this ubiquitous topic, British zoologist and blogger Jules Howard digs deeper into the many mysteries of death (and life) in Death on Earth.  I’m happy to report that it’s not nearly as morbid and depressing as you might think.

Lively and enthusiastic, the youthful Howard – a batrachologist (amphibian scientist) by trade – is just the right person to tackle death head on.  Able to wax both profoundly and poetically about a rotting pig carcass, the man consistently puts an entertaining spin on this most depressing of topics.  Whether he’s talking about a local epidemic of exploding toads, an infestation of ermine caterpillars or a gathering of scavenging red kites, he displays a genuine fondness for some of nature’s oddest (and often most despised) creatures.

A red kite in Wales.

Touching on the many facets of death, he explores grief, decay, extinction, evolution and immortality with a delicate balance of acceptance, humor and respect.   From the funerary services of leaf-cutter ants to the tenuous existence of the horrid ground-weaver spider, his death obsession becomes infectious at times.  Fully immersing himself, he doesn’t hesitate to explore his own personal fears and doubts when it comes to the undeniable fragility of existence, frequently ruminating about the right way to share these ideas with his three year-old daughter. 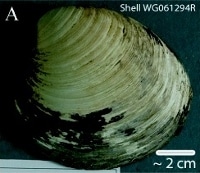 As a biologist, Howard takes a particular interest in the many ways that nature has tried to defy the inevitability of senescence and aging.  With reverential tones, he describes his viewing of the remains of Ming, an ocean quahog who was 507 years old when he (or she) was dredged off the coast of Iceland.  He also explores how death creates opportunity for so many other creatures, reveling in the microcosm that is decay.  In the natural world, death begins the transition back into life almost immediately and there’s nothing that brings this point home more than a pig carcass that’s been decomposing on an English hillside in the sun for three weeks.

Of course, no discussion of death is complete without a look at the countless ways that humans have tried to avoid it. From the gerontology researchers who think that the average human lifespan could soon reach a whopping 120 years, to the quacks who sell the latest anti-aging face creams and vitamin supplements, Howard takes it all in with a wry and inquisitive style.

In the end, Death on Earth is one scientist’s entertaining exploration of that most ubiquitous of topics.   Full of deep thoughts, scientific curiosities and unique observations, Howard’s narrative is actually quite a bit of fun.  Highly recommended for anyone who enjoys imaginative science writing.