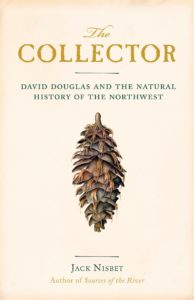 I haven’t performed exhaustive research, but I’m going to go out on a limb here and make the observation that there aren’t a lot of high schools in the United States named for botanists.   But then there aren’t a lot of botanists as impressive as David Douglas, the early 19th century Scottish botanist and namesake for David Douglas High School** in Portland, Oregon.  Award winning writer and naturalist Jack Nisbet tells his remarkable story in The Collector. 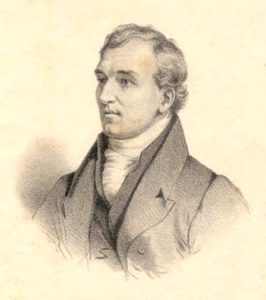 Commissioned by the London Horticultural Society, Douglas traveled much of North America, sending back countless specimens much to the delight of gardening enthusiasts back home.  Spending almost all of the time from 1824 to 1834 in a constant quest for new and exotic plant and animal life, the young Douglas focused most of his efforts on the Pacific Northwest. But he never hesitated to dig up a plant or two (or twenty) while in transit, whether he was crossing the northern Great Plains, traveling across upstate New York or on layover in the Hawaiian Islands. 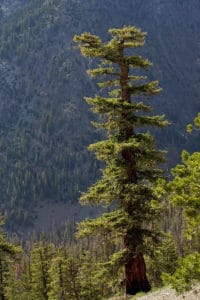 A Douglas fir in the Wenatchee Mountains of central Washington.

Nisbet does an admirable job of putting Douglas’ unrelenting frenzy of activity into a coherent story.  Whether he was naming trees new to science – like the Douglas fir – or gathering up myriad wildflower specimens to send back to his sponsors, the man’s quest was never ending.  His life nicely encapsulates the British approach to science in the 19th century.  While the British Empire was growing to encompass the entire earth, countless collectors traveled far and wide, vacuuming up plants, animals, rocks and artifacts with reckless abandon.

The author also uses the story to harken back to a time when North America was still unspoiled and teeming with life.  Douglas’ encounters with wild creatures as well as numerous native cultures frequently made his adventures even more challenging.

Repeatedly risking his life for the cause, David Douglas may be the most impressive combination of indefatigable adventuring and green thumb botanizing in the history of science.  Sure to entertain gardening and nature enthusiasts alike, The Collector is a story like no other.

**Home of the Scots, with notable alumni including actor Sam Elliot and actress Lindsay Wagner.

Dave picked up a copy of this book – signed by the author – at Seattle’s most acclaimed bookstore, The Elliott Bay Book Company.