Brief Stop on the Road from Auschwitz, A 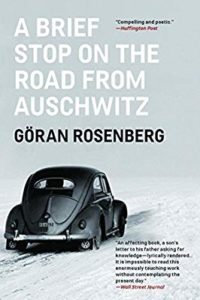 How do you tell a story that’s been hiding inside you for decades?  Göran Rosenberg wasn’t even born when his father stepped off the train in the small town of Södertälje, Sweden in 1947, having recently survived the Łódź Ghetto and the Auschwitz concentration camp.   Nonetheless, quietly and painfully, his father’s story had been waiting to be told ever since that fateful moment.  A Brief Stop on the Road from Auschwitz is that story, recovered from the darkness by this acclaimed journalist and author.

Against all odds, the author’s father had survived the war.  Similarly, his father’s sweetheart – Göran’s future mother – had also managed to survive.  Escaping the destruction of their Polish homeland they continued to beat the odds by reuniting in Sweden, dreaming of a return to normalcy.

Not surprisingly, a normal life is hard to come by when you’re starting from nothing in a foreign land, having survived the single greatest atrocity in human history.  Göran’s father’s never ending search for a new life, having lived through the complete destruction of his old one, is the driving force behind this undeniably tragic story.  As the narrative evolves, Göran makes it clear that the life of a survivor really isn’t a life, it’s just survival. 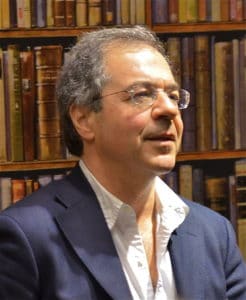 Relying on a handful of old letters and a scouring of the remaining records in Poland, Germany and Sweden, the author pieces together the details of his father’s life.  He fills in the many gaps in the story with his own faded childhood memories, adding frequent deductions and suppositions about his father’s hopes and travails.  Remarkably, his powerful and empathetic narrative captures the tragedy despite the fact that the trail has grown exceedingly faint over the intervening decades.

Yet despite the paucity of documentation and the decades of forgetting that have passed, the overwhelming emotions of the story ring out loud and clear.  The love story between the author’s parents and the love of a son for his troubled father make for an emotional rollercoaster of a story.   In fact, much of the book is actually written from the son to the father, searching for long lost answers to the many questions that the elder Rosenberg left behind.  With great skill – often revealing the instincts of a novelist – Rosenberg has created a memorable and powerful historical document, capturing both the beauty and tragedy of one man’s life.

Winner of the August Prize – an annual Swedish literary award – when it was first published in 2012, the book was translated into English in 2015 and has continued to garner acclaim.

Someone had to tell the story.   Think how many similar stories have gone untold?  Rosenberg knew it had to be him.  One can only assume that the decades of gestation were often quite troubling, which probably only increased with the actual writing.  More than seventy years after that fateful moment at a Swedish train station, in A Brief Stop on the Road from Auschwitz, he’s done both the story and his father proud.

Reviews of other books about the Holocaust:  A Lucky Child   /   The Man Who Broke into Auschwitz