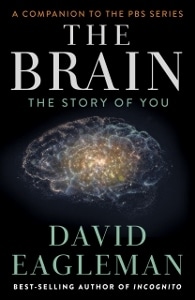 Every once in a while, humanity’s view of the world gets turned completely upside down.  In 1543 Nicolaus Copernicus started a revolution that removed the Earth from the center of the universe.  Similarly, in 1859 Charles Darwin spawned controversy when he relegated humans to a single ordinary twig on the tree of life.  We’re living through another revolution today that has just started to reveal that we’re not in control of our minds.  While it’s probably silly to speculate, maybe David Eagleman will be the name school kids will hear in future centuries when they learn about the neuroscientific revolution of the early 21st century.  He tells all about it in his book The Brain, a companion to his PBS series of the same name.

A neuroscientist at Baylor College of Medicine, Eagleman presents six chapters, each one focusing on different curiosities of brain function.  As Eagleman and many others have explored brain function in greater and greater detail, it has recently become clear that seemingly straightforward questions of identity, reality, control, decision making and socialization are much more complicated than was previously thought.

No matter how solid and consistent the world around us appears to be, our perception of it is entirely based on the tools that we have to perceive it.  Familiarly known as our sense organs, these tools only detect a small fraction of what’s out there and our brain’s job is to fill in any gaps, creating the illusion of a full, all-encompassing experience.  Over the centuries, this illusion has actually hampered scientists’ efforts to understand the brain, so convincingly does it bias perspective. 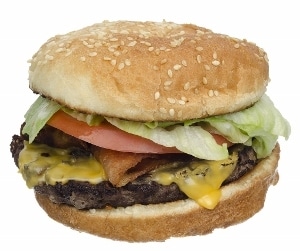 With remarkable clarity and enthusiasm, Eagleman helps explain the role our brains play in this illusory process, arguing that our most beloved organ is really just a stimulus processing center trapped in a dark bony box.  The brain’s response to the smell of a cheeseburger is no different electrically than its response to the sound of an oboe.  Each stimulus generates electrical patterns in the brain that create the concept of “cheeseburger” or “oboe” based entirely on previous experiences.  Even though we have billions of neurons in our brain, there are no special nerves labeled “greasy junk foods” or “woodwind instruments” waiting for their moment to shine. 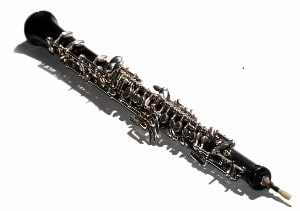 …zooming around your brain.

In fact, if you send the brain any stimulus often enough, it will figure out a way to interpret it.   We just happen to have eyes, ears, chemical and touch receptors, but many other sensory mechanisms are imaginable.  For example, written words are stimuli that, with enough practice, become just as easy to use as our five “natural” senses.  Moreover, if human infants aren’t allowed to learn how to use one of their five senses, the brain won’t develop that particular skill, focusing instead on the stimuli it does receive.  Eagleman reveals how this remarkable brain plasticity can be used to help deaf people “hear” and might impact our future in bizarre ways.  With increasingly sophisticated technology, there may be no limit to the unique ways we can stimulate the brain with novel sensors and inputs.

Maybe the idea of life as an illusion actively created by the brain appeals to you.   Maybe it just freaks you out.  Either way, The Brain is a wonderfully concise and understandable exploration of one of the most bizarre marvels of the natural world.  One we’re just beginning to understand.

Reviews of other brain books:

Incognito   /   Thinking, Fast and Slow   /   The Tale of the Dueling Neurosurgeons