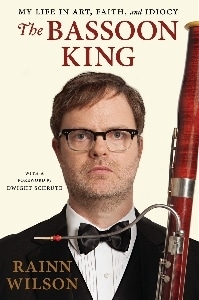 Who’s your favorite paper salesman? It’s only been in the past decade that television viewers have had many candidates to choose from. But if you prefer paper salesmen with an authoritarian bent and a dedication to beet farming, there’s no question that Dwight Schrute is your man. Brought to life for 201 episodes by Rainn Wilson on the US version of The Office, Schrute has become one of the greatest oddball icons in television history. In The Bassoon King, Wilson tells how he became famous portraying Scranton, Pennsylvania’s favorite Assistant to the Regional Manager. It’s a bizarre and entertaining tale that’s every bit as strange as Dwight himself.

Starting out hilariously by explaining the origin of his unusual first name, Wilson provides many details about his exceptionally unconventional upbringing. From life in a remote village on the Nicaraguan coast as a small child to school years in Seattle and Chicago where he played the nerdiest of the reed instruments, he touchingly reflects on his small family’s many struggles. He also includes much about being raised in the Bahá’í faith and his continued enthusiasm for this 19th century religion of unity and peace. 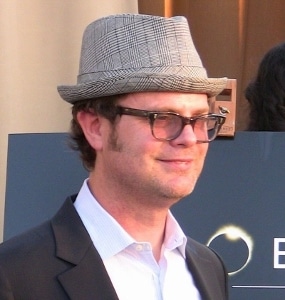 Single-mindedly devoted to the pursuit of an acting career after graduating from high school, Wilson goes on to tell of the many ups and downs of his pre-Office life. Reminiscing fondly on the small theater tours and the handful of odd movie and television roles that got him his start, he includes numerous humorous asides about the shitty non-acting jobs and foul living conditions that are part and parcel of the life of a starving actor. Realizing that he was destined to a career of oddball characters, he got his first big break on HBO’s hit Six Feet Under.

While Wilson’s wide ranging spiritual pursuits are interesting, he tends to overdo it at times and I found myself often wishing for more about life on the set of The Office, which only makes up a small part of the book. He finishes the book with a discussion of Soul Pancake, his on-line video production company.

As strange as the title suggests, Rainn Wilson’s life story is well worth the read for anyone who’s a fan of the actor’s work. The Bassoon King is full of humor, passion and spirit, all presented with a witty and manic nerdiness. Confidently recommended for those brave enough to spend some time inside the head of the inimitable Dwight Schrute. It’s a unique destination.