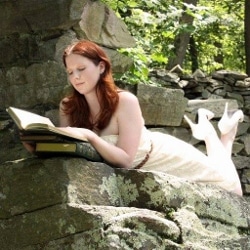 Frances Carden has been published in Answers I’ll Accept: True Accounts of Online Dating, 20 Something Magazine, and Wisteria Magazine. She wrote for epinions.com for eight years. She studies Fiction Writing at Johns Hopkins for her Master’s Degree, and works as a technical writer during the day, where she attempts to make software exciting. At night, she guiltily reads piles of books, works on  two novels, and tries to keep her cat off the keyboard. 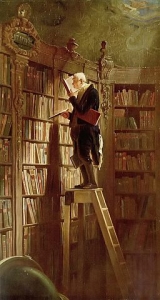 The obsession began as a wiry teen. While the lovely young fillies would beg Dave (right) to come out and play, he was up in his room with his books. Asimov, Bradbury and Clarke were so prolific that he never ran out of options and Tolkien’s world was so complex that repeated readings were always on the agenda. The affair progressed to compulsion with reading lists and wish lists and constant strategizing; eventually evolving on to hoarding so many volumes he could never hope to actually read them all. Alas, adult responsibilities intervened and the passion became quiet for many years. Despair not, as the old flame still smolders and lately the graying bibliophile has regained some of the old fanaticism, focusing on more mature, but equally nerdy topics. It’s rare for a science, nature or history book to fail to pique his interest and he’s developed a new enthusiasm for writing about his reading experiences. It’s clear that this love affair was meant to last. 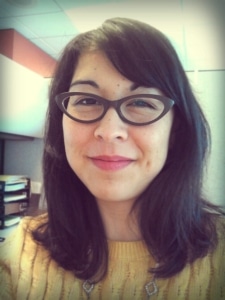 Stephanie Perry is a Seattle-based writer, editor, and blogger. A Black Badge (10-year) Elite Yelper and AFAR.com Local Expert, she is happy to talk your ear off about the best places to visit in Seattle and the Pacific Northwest.

Her secret shame is dystopian YA fiction, but she does have a genuine English degree and can sometimes be found reading actual literary fiction for grownups. Stephanie’s current favorite subjects to read about include medieval and Elizabethan history, novelty taxidermy, North Korea, time travel, and gems and jewelry (or, ideally, some combination of those).

You can find Stephanie wherever the books and food are. If you invite her to a party, she promises not to judge you based on your bookshelf.

To see her online portfolio or contact her for freelance writing/editing work, go to http://about.me/stephanieperry.

For as long as she can remember, Laura Anne Bird has had a stack of at least 15 books sitting next to her bed. 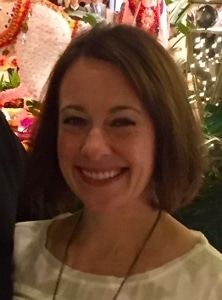 Many of them are library books, and many of them are overdue, which means she spends a good deal of cash paying off her fines each month. But she believes that it is worth every penny to surround oneself with great literature.

An English major from the University of Notre Dame, Laura writes professionally as a fundraising consultant for a handful of non-profit organizations. She writes grant proposals, direct mail pieces, and special event scripts, but what brings her a deeper sense of joy and meaning is reviewing books and finding the humor in her experiences as a mother of three (http://thewholefairytale.blogspot.com).

Laura lives in Madison, WI. When she’s not folding copious baskets of laundry or reading her favorite genre of literary fiction, she spends her time running, cooking, and taking her blind dog on walks (yes, really). 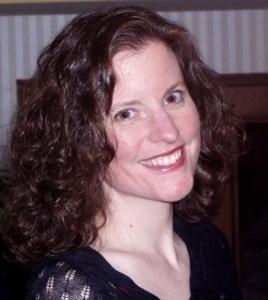 Sue is an old-school book nerd who remembers when Arrow and Tab book club delivery days were the highlight of elementary school. She would trudge home with her stack of paperbacks and lie on the front porch swing and read – Beverly Cleary, Judy Blume, and so many more. After switching to Stephen King at age 12, clearly marking her as a JDR (Juvenile Delinquent Reader), she was able to hide just enough of her inner nerd to survive high school.

After graduating from college with a whole bunch of degrees, she abruptly abandoned her career and stayed home with her babies. With few societal constraints, she turned back to the world of horror fiction and expanded into pretty much every other genre available. Which explains the 20 books currently residing on her bedside table.

When she isn’t reading, watching TV and movies, having a love/hate relationship with her two cats, drinking martinis with her husband or over-mothering her now nearly grown children, Sue is an Editorial Manager at Silver Beacon Marketing. She oversees Readers Lane, Movie Rewind and Pop Rock Nation and nags her boss about his schedule. She feels that this is an ideal use of her skill sets.