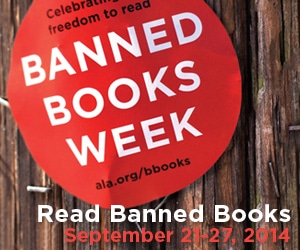 September 21-27 is Banned Books Week, celebrating the freedom to read whatever you damn well please. Naturally, we at Readers Lane are big fans of things that other people find offensive, so we’ve put together a list of our favorite books that have been challenged in school libraries, classrooms, college classes, and public libraries. (A challenge is defined as “a formal, written complaint, filed with a library or school, requesting that materials be removed because of content or appropriateness.”)

Check the most frequently challenged books of the 21st century to see if your favorite controversial books made the list! 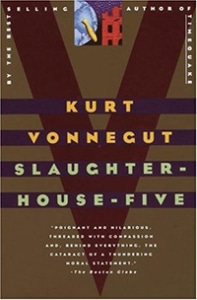 Few books have found more ways to offend than Kurt Vonnegut’s memoir-fantasy novel Slaughterhouse Five, frequently included on high school reading lists.  Yes, protagonist Billy Pilgrim does have sex with porn actress Montana Wildhack following his abduction to the planet Tralfamadore.  And yes, there are plenty of violent, obscene and potentially offensive scenes throughout the book, as well as one or two acts of bestiality.  But taken in the context of the bizarre story, these scenes exude more silliness than indecency and when placed amongst the much greater obscenity that was World War II, they pale in comparison.  Challenged and banned in school districts all over the United States since its publication in 1969, it’s a unique and memorable war story that is unlikely to strain the delicate constitution of any high school students I know. 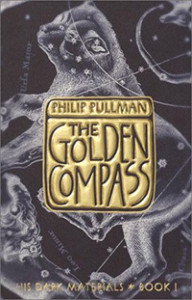 trilogy (Reasons: political viewpoint, religious viewpoint, and violence)
Author: Philip Pullman
I’m not at all surprised that this edgy, anti-religious-establishment YA trilogy has been frequently challenged, though apparently not for the reason I expected (a sex scene with fairly young teens). In this sweeping fantasy saga, power-hungry humans force rifts between alternate worlds in an attempted revolution against God, aka “The Authority” — and it’s up to our young heroes to recognize and repair the damage they’ve done to the very fabric of the universe. Taking on big issues of philosophy, religion, physics, and sexuality, these books are nevertheless intended for teen readers, but adults love them too. Pullman has said he’s actually surprised his heretical trilogy hasn’t received more criticism; he says the Harry Potter books (which came out at roughly the same time, in the early 2000s) bore the brunt of public complaint because of all their wizardry and witchcraft. 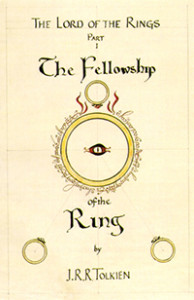 The Lord of the Rings

(Reasons: Satan)
Author: J.R.R. Tolkien
Although I’ve been observing Banned Books Week for several years, this is the first year I’ve noticed The Lord of the Rings on the banned list.  Apparently the trilogy was burned outside a church in Alamagordo, New Mexico, in 2001 due to its supposed satanic content.  The idea that these beloved books – featuring heroic men and women, wizards, hobbits, dwarves, elves and talking trees battling evil at every turn – are promoting the worship of Satan is about as ridiculous as it gets.  The fact that J.R.R. Tolkien was a resolutely devout Catholic – so much so that he vigorously objected when the Pope allowed the mass to be performed in English rather than Latin – makes the idea even more preposterous.  Once again, a prime example of people burning books that they haven’t even bothered to read. 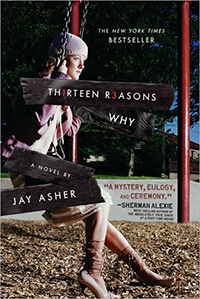 (Reasons: Drugs/alcohol/smoking, sexually explicit, suicide, unsuited for age group)
Author: Jay Asher
It seems pretty ridiculous to challenge a book about teen suicide caused by sexual assault and bullying on the grounds that it contains material about teen sex and suicide, but that’s the convoluted logic of the people who want to ban books. Regardless, this bestselling YA novel deserves praise for dealing with difficult, timely topics in a way that teens can relate to. Soon after his classmate Hannah’s suicide, Clay receives a package of cassette tapes anonymously. Recorded by Hannah, the tapes name 13 people who are directly or indirectly responsible for her suicide and tell why — including popular girls who spread false rumors about Hannah, boys who sexually assaulted her because of her undeserved reputation, and teachers who saw the warning signs and didn’t help stop it. It’s a compelling read for all ages and a valuable tool for parents and teachers to connect with troubled teens and start the conversation about bullying and harassment. 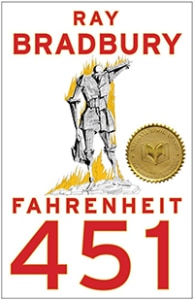 (Reasons: explicit language, anti-religious content)
Author: Ray Bradbury
No list of banned books is complete without including Fahrenheit 451, Ray Bradbury’s dystopian tale of a future in which the government decrees that in order to make the world a happier place all books must be destroyed, as they frequently contain upsetting or disturbing ideas.  Often included on lists of the top ten science fiction books of all time, the book has been challenged repeatedly over the years – ironically given its numerous vividly depicted book burning scenes.  School districts in Panama City, Florida and Irvine, California have had the book removed or censored due to “vulgar” language and as recently as 2006, parents in Montgomery, Texas requested its removal due to their mistaken impression that it condoned the burning of the Bible.  The book’s publisher – Ballantine Books – even got in on the act, expurgating “offensive” words in the editions published from 1967 to 1980.  It was only when Bradbury finally found out about the changes that they returned to the original text, at the author’s insistence.  Check out our full review of this classic and remarkably prescient work. 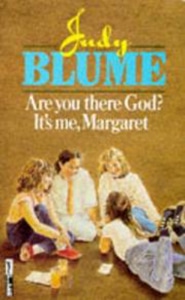 Are You There God? It’s Me, Margaret.

Written in 1970, this book instantly became the tween girl’s bible. Discussing puberty in real terms (you know – bras and periods) and delving into the complex social politics of adolescence, the book is both enlightening and reassuring. Author Judy Blume has a singular talent for reaching those in the throes of one of life’s most turbulent times and this may be her masterwork. So naturally, people want to ban it. There are lots of “reasons” – too sexual, offensive, profane, blah, blah, blah – not one of which is true. There’s also the small matter of Margaret choosing a religion for herself that gets the zealots out in force. But mostly, it seems, the attempts to ban the book are about adults being afraid that children actually think about their bodies and their lives and have questions that need to be answered. Heaven forbid we let kids read about the things that are front and center in their worlds. But the truth is that challenged, banned or removed from shelves, Are You There God? It’s Me, Margaret will continue to get to the girls who need it. It’s just that good, and just that important. And that makes me happy. 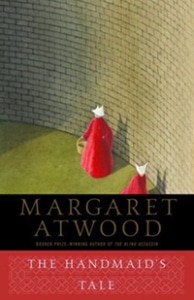 Ah, dystopia.   In the years since 1985 when this book was written, we’ve come to know well and love our dystopian future fiction.  But seldom do we see such a bleak, pointed political allegory as when Margaret Atwood picked up her pen and wrote about the sexual subjugation of women in a future taken over by religious extremism.  The handmaid in question tells us about her horrible, cruel, oppressive world as she experiences it.  She is property by virtue of her gender and her class, subject to sexual abuse, torture and extreme restrictions on her personal freedom.  Why would anyone ban our beloved dystopia?  Well, there’s sex in it and that’s always a handy excuse to keep it out of the hands of our vulnerable high school seniors who have never heard of intercourse before.  But sex isn’t the real reason for the challenges – it’s religion.  The Handmaid’s Tale makes Christianity look bad, and we all know that bans and challenges result when that happens.  In truth, Christianity is something of a scapegoat here – it could be any religion or set of beliefs that is forced upon an unwilling populace that takes a pounding.  Christianity is just the logical place to go since historically it’s been a major player in similar real world situations.  This is a thoughtful, disturbing and extremely well told cautionary tale that we should be encouraging young people to read as a way to foster critical thinking and thoughtful examination of rigid belief systems. 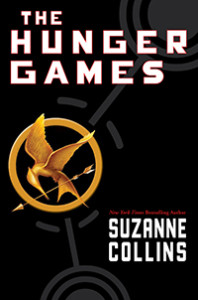 The The Hunger Games Trilogy

Yes, more dystopia.  I said we love it.  And we do – millions of us love this trilogy of books.  And I suppose that’s what makes some people hate them.  But there’s more to it than envy – as usual, it’s all about control.  The Hunger Games trilogy focuses on a future filled with hunger, poverty and a cruel, authoritarian government that wallows in luxury while it robs and torments its citizenry for its own amusement and benefit.  The height of this cruelty comes each year when each district must provide a teenage tribute to fight to the death in the Hunger Games – televised and wagered upon by the wealthy (who do not have to sacrifice their children).  Focused on one girl and her struggle to survive, the series becomes a tale of revolution and resistance against oppressive government.  There is a lot of violence here.  Not more than on any TV show or in any movie marketed to the same audience – they can watch it and play video games with it but God forbid they read about it, right?  I suspect the asinine (satanic?  anti-family?  what?) challenges are more about discomfort with the similarities this dystopian future bears to our actual present.  Vast gaps between rich and poor, hopelessness among those living in poverty, the masses fighting back against the few who wield their power with force and unfairly.   It’s just another example of curtailing the encouragement of critical thinking.  Reading a novel does not make a revolution, people, so maybe it’s time to just calm down and let the children read.